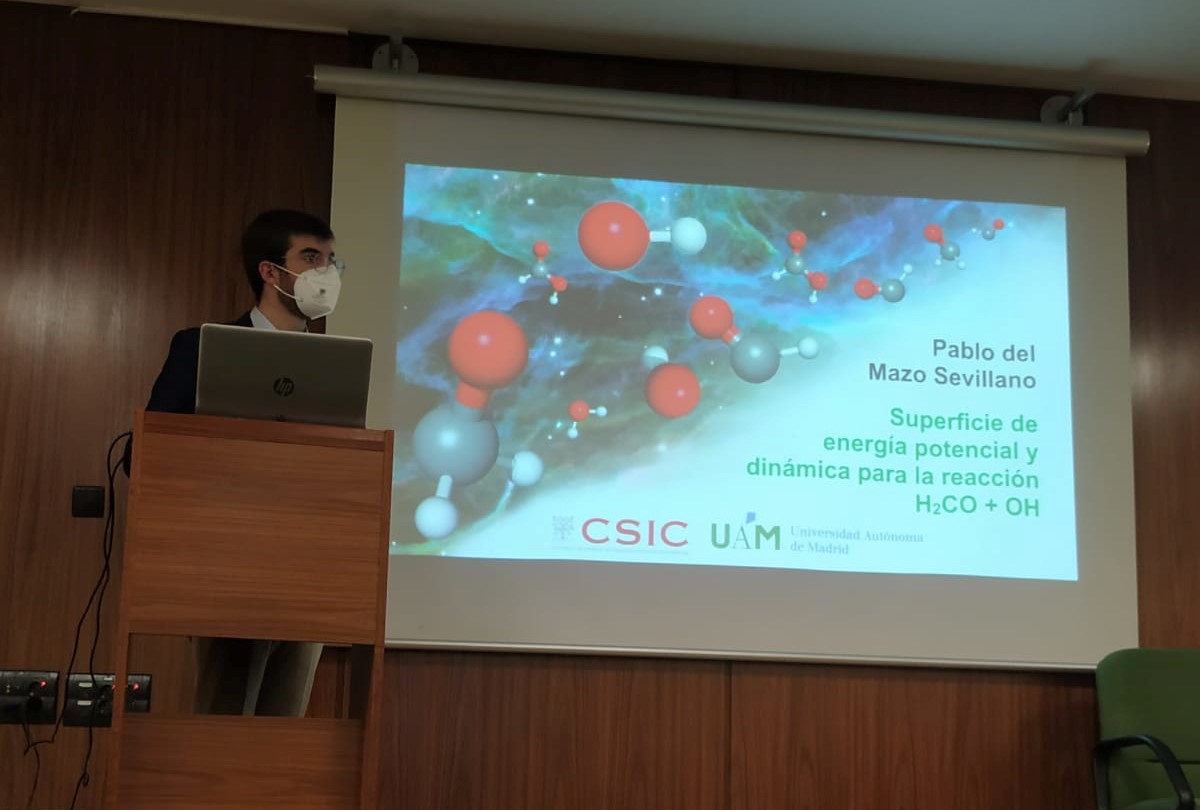 José Cernicharo, Researcher of the IFF-CSIC and Head of our group, has been awarded the “Miguel Catalán” 2020 Prize for his scientific career within the research awards of the Community of Madrid, “for the quality of his research, his recognized leadership at national and international level in the area of Molecular Astrophysics and for his contributions and technological innovations”.

The ceremony, which will take place tomorrow, November 20 at 10:30, can be followed online through the following links: 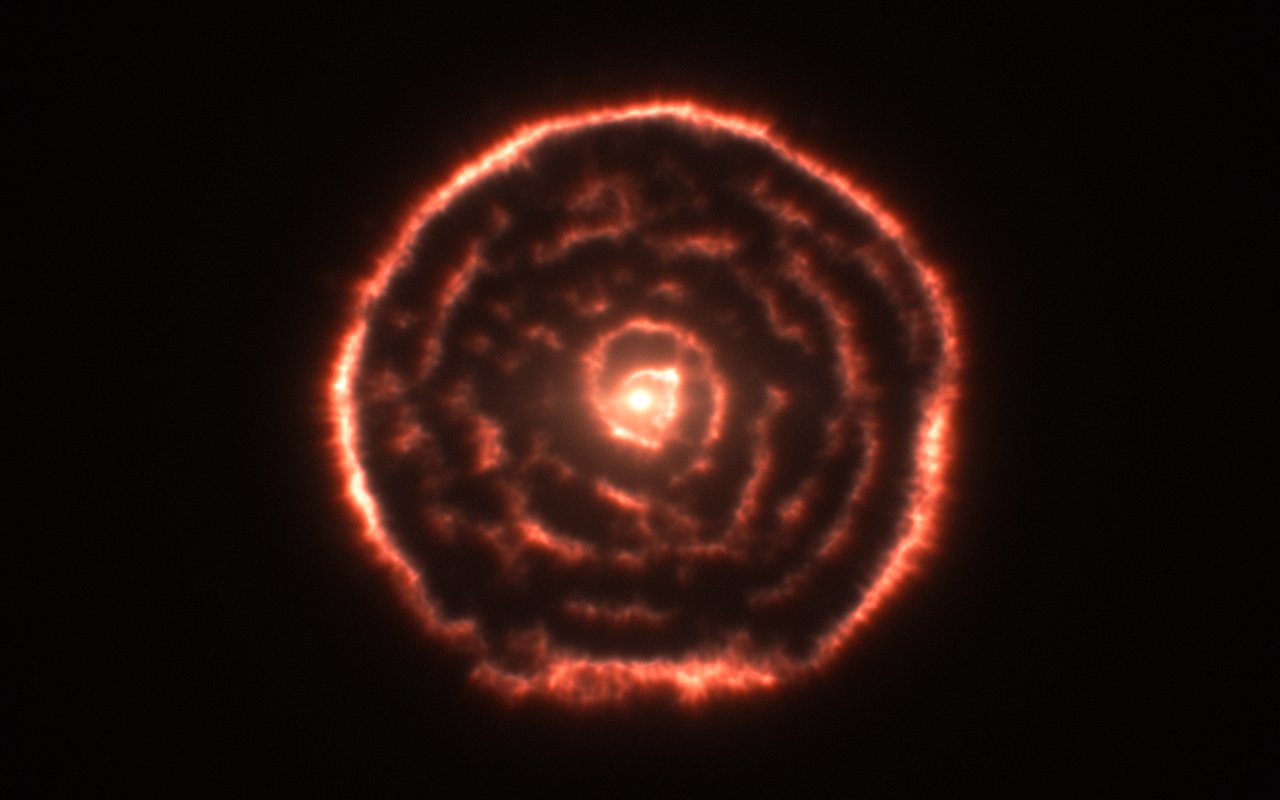 Why do we study chemical equilibrium in red giants?

You may have often read that “we are stardust.” It is a rather accurate expression, especially if we think that most of the elements that make us up (this scarce 5% of the baryonic matter of the universe) emerged from the core of a star and from a whole process of death and destruction. But what do we call stardust?

Medium-sized stars (between one and eight solar masses) go through several phases throughout their lives. The longest phase is the so-called  “main sequence”, in which time is spent transforming hydrogen into helium. When hydrogen from the nucleus (where this activity occurs in principle) is depleted, the star begins to use other elements as “fuels”. This results in the star starting to “swell”, becoming a red giant and releasing its outer layers to the interstellar medium. This occurs in one of the final stages of its life, the AGB phase (from  Asymptotic Giant Branch).

A multitude of chemical phenomena take place in the atmospheres of these evolved stars, enriched by successive material dredged-up. In principle, when we talk about the birth of dust grains, we mean precisely those atmospheres of evolved stars (also supernova explosions, which are much more massive stars, but this is another story).

The layers of material released by the AGB star and forming its atmosphere are composed of a huge amount of gas molecules and a small proportion of dust grains. We are interested to know how these grains of dust are formed, from what basic elements and under what physical conditions.

To understand this whole process it is important to know the chemical equilibrium in these atmospheres, that is, the state in which, although the chemical activity continues, the chemical composition remains stable. If we know the chemical equilibrium, we will know what atoms and molecules are at the origin of the formation of dust grains (which is what we are interested in). In addition, we will have the theoretical scenario with the sequence of the different types of grains that are expected to appear as matter flows and cools from the AGB star into the interstellar medium.

In our case, in the atmospheres of AGB stars, we know that the gas is at high temperature and pressure, which is very fortunate as these are the conditions under which it is valid to use chemical equilibrium. This would be very different if we talked about, for example, the interstellar medium, where temperatures and pressures are very small and the chemical composition is given by chemical kinetics. In that case, as Marcelino Agúndez (from our group Astromol in the Institute of Fundamental Physics, IFF-CSIC) states, “it would be necessary to know the constant kinetics of a large number of reactions, in those environments everything is rather more uncertain. The interest of applying chemical equilibrium to the atmospheres of AGB stars is that, in them, temperatures and pressures are high, ergo we can use chemical equilibrium and the chemical composition can be calculated in a simple way. This has been known since the 1970s.”.

And here we get into a paper recently published by a team of researchers from the Spanish Council for Scientific Research (CSIC), focused on studying the atmospheres of AGB stars (as we said before, medium-sized stars in the final stages of their  lives).

The idea was to update all the information available so, first of all, the team compiled and updated a large dataset of thermochemical properties for 919 gaseous and 185 condensed species involving 34 elements. The chemical composition in AGB star atmospheres was calculated thanks to a recently developed code. All available information obtained from astronomical observations was also updated to, as a last step, compare the predictions of the calculations with the observations. All with the idea of reviewing what we knew so far, what our successes and mistakes were, and future prospects about molecules, molecular aggregates, and solid condensates in the atmospheres of red giant stars.

Funambulist stars, what the equilibrium tells us

This study not only tells us which aggregates could act as “bricks” of dust grains construction (and  what may be the most likely gas precursors of these grains) but even throws information on what we do not find:  potentially detectable molecules that have not yet been observed have been identified, making them good candidates for detection with observatories such as ALMA.

Finally, there are also things that don’t fit: in some cases, theoretical analysis and data don’t match. In fact, there are discrepancies of several orders of magnitude for some molecules which are observed with abundances several orders of magnitude above the expectations from chemical equilibrium. This means that, in some areas of the stellar atmosphere, there are no chemical equilibrium conditions due to unidentified phenomena that could be related to ultraviolet photons or hydrodynamic processes.

What’s new thanks to the lab

This study has incorporated, for the first time, the properties of a large number of molecular aggregates of titanium and carbon analyzed within the Nanocosmos (ERC) project in the laboratories of the Institute of Materials Science of Madrid (ICMM-CSIC). In carbon-rich AGB stars, forecasts say the first condensates would be carbon itself, titanium carbide (TiC) and silicon carbide (SiC). (In O-rich atmospheres, the first condensate expected is Al2OR3). And it was necessary to have data on these under-studied species in order to compare them with observations.

In short, this work tells us about our mistakes and successes, about the path on which these atoms and molecules pass, about the origins of dust grains and where they are expected to appear, about the agglomeration that initiates the formation of the first solid materials from a gas of atoms and small molecules.

We are interested in how its composition can influence what happens much later, when the birth cycle of a new star begins again with the condensation of those dust grains resulting in nuclear reactions. We will continue to build knowledge on this data, relegating the wrong ones and analyzing the new information, because that’s how science works.